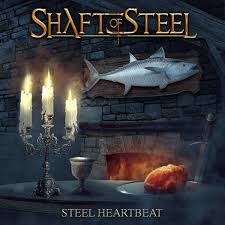 The 6-piece melodic hard rock group from London was formed in 2004 and was originally a power metal formation influenced by Iron Maiden, Dream Theater and Blind Guardian. However, the band heads Alex Markham (guitar) and Robert Fenning (vocals) quickly discovered their common fondness for 80s rock and pop like Peter Gabriel, Phil Collins and Journey and tried to combine this with their metal influences. After a longer break, the band now presents their new silver disc, which was created together with US musician and producer Dennis Ward (Pink Cream 69). The tracks show influences like Work Of Art, FM, Harem Scarem or Strangeways, but don't deny the metal roots of the six-piece.