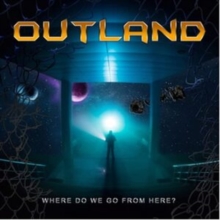 Outland Where Do We Go from Here

When Redondo Beach, CA based Jeff Prentice and Rob Nishida got together in the Summer of 2001, it was to create a new sound, based on what both musicians considered to be a nearly forgotten genre of music in the USA, Melodic AOR Rock. Both Prentice and Nishida felt that most new American music lacked inspiration, and wanted to develop a sound that was fresh, yet reminiscent of their favorite late '70's and '80's era of rock. With influences ranging from Boston to Night Ranger and Survivor, Prentice and Nishida wrote four complete songs on the first day they got together. Says Nishida, "We just wanted to write some songs that we could both enjoy. It was getting to the point where the only music I really liked to listen to was the stuff that I grew up with. We later realized that there were some great new bands producing AOR music on independent labels around the world, but the whole point of Jeff and I getting together originally was to create this new-old American rock sound for ourselves to get off on. As we started to refine that early material, some of our friends like Rob Johnson from the band Magnitude 9 started to encourage us, and gave us the confidence to keep writing more songs." With Jeff Prentice, lead vocalist and guitarist of the popular Metal Blade Records band Predator, and recently MP3.COM's most downloaded instrumental artist, handling the lead vocals and the majority of lead guitar duties, and Rob Nishida a multi-instrumental member of one of GARAGE BAND.COM's highest rated band of 2000 Weeds, playing bass, guitar and keyboards, the band's sound was quickly defined. About the lush background vocals, extreme guitar playing and hook-laden harmony guitars, Prentice says, "we wanted to take the elements we loved most about our favorite melodic AOR rock, somehow make it our own, and eventually create a band around that." After the duo wrote eight proper songs, they recruited drummer, Lance Tamanaha, formerly of the Hollywood based Triple X Records act Human Drama and banged out a demo. This demo quickly won critical acclaim with online magazines and generated label interest from around the world. The positive reaction prompted the newly christened Outland to record their first, full-length album Outland - Different Worlds in late 2002 and Long Way Home in 2004 both released on Avalon.

Turn the clock forward to 2022, Outland have been back in the studio and completed a new album,

Where Do We Go From Here to be released on MR Records. 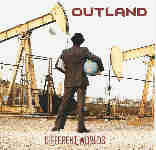