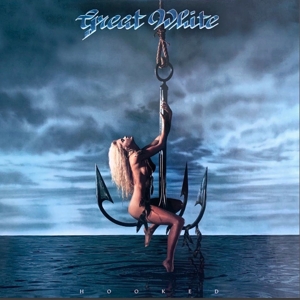 To celebrate Hooked's anniversary, Bad Reputation reissue the original issue with the initial Japanese pressing retained the original cover not censured, and with its bonus CD entitled Live in New York, recorded at Electric Lady Studios on May 31, 1991 2021 marked the 30 year anniversary of the release of Great White's Hooked album with its controversial or at least provocative cover. In 1991, Great White were still basking in the epic success of 1989's ...Twice Shy. Boasting stellar blues based guitar riffs and the cover of Ian Hunter's "Once Bitten, Twice Shy", Great White continued to move away from their mid-decade sound into a less adventurous but more consumer friendly form of rock n' roll. Hooked is the fifth full-length studio album by the American hard rock band Great White, released in 1991 (N°18 on the Billboard 200 album chart). The album was certified Gold in April 1991. The original album cover art was photographed by famous fashion photographer John Scarpati and featured a nude female model being hoisted out of the sea by a large hook. This cover was judged too risque by the label and replaced by art director Hugh Syme shortly after the initial pressing with an alternative cover that had the hook still below the sea level and the model partially submerged, so that only her head and arms were visible. The last album to feature bassist Tony Montana. Hooked is as much an extension of ...Twice Shy as it is a new album with heavy blues influences and even more mainstream than Great White's previous record. Based on the principle that we do not change a winning team, Great White serves us a new burst of compositions mixing Hard, Rock and Blues for a result again enthralling. While capitalizing on the success of its previous opus, the US combo breaks the nail and definitively breaks with the Glam scene of which we can no longer find any trace. On the contrary, the roots are now fully assumed, not only because of two new covers ('Can't Shake It' from The Angels, and the delicate 'Afterglow' ballad from Steve Marriott's Small Faces before he joined Humble Pie), but also through winks supported by the glorious ancients, blending with class the blues sensibility of Led Zeppelin and the irresistible riffs of AC/DC ('Heartbeaker'). We think again of The Angels on 'The Original Queen Of Sheba', for the simple reason than one of the Brewster's Brother co-written it but also of ZZ Top on the scathing acceleration at the heart of the sexy and catchy 'Cold Hearted Lovin'. And to impose this assertive roots identity, the Americans draw us a rock'n'roll families with the aptly named 'Call It Rock'n'Roll' alternating tasty soli and obsessive refrain. Great White is nobody's clone and he does not need help to compose real pearls with marked personality, the summit being reached on the occasion of 'Congo Square' captivating the audience throughout an increasing intensity ranging from a bluesy intro to an intense rock, Through interventions of Hammond organs and solos during which Kendall makes as well meow as roar his guitar. After that, the freshness of 'South Bay Cities' with its clap-hands and slide, and the scathing riff of Hard-RockRock 'Desert Moon' keep you at Nirvana before 'Afterglow' acts as a soft landing with its chorus that we keep humming for hours after listening. New demonstration of the talent of Kendall, Russell and Lardie, without neglecting an indispensable rhythm section, ""Hooked"" confirms Great White as a reference of a know-how both traditional and original. A new journey through US landscapes, Rock, Blues and Hard, it is an indispensable album for all lovers of feeling and energy. Some people complained about the drums sound and the general mix not enough 'heavy' or 'hard'. With this reissue, we tried to give a new opportunity to this great album to make everyone's agree on this masterpiece. 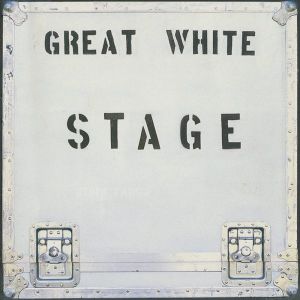 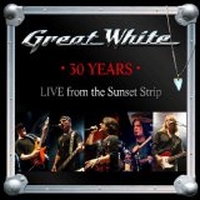 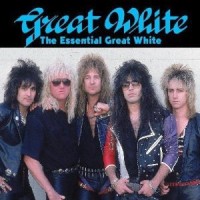 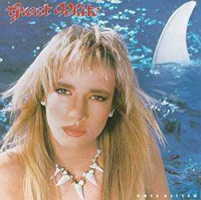 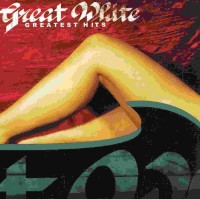 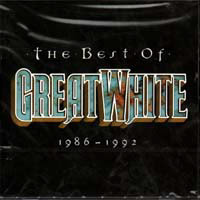