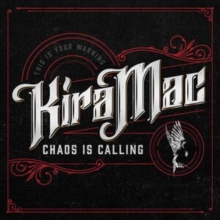 Kira Mac is a band built on straight up old school blues rock riffs with a modern edge, a lot of fares, soul and double shots of rock n roll

Twinning powerhouse vocals and a killer guitar lead, they're a force to be reckoned with. They're a musical collection made up of misfts from different corners of the country, from Stoke to Hull, and by chance they met in the middle of Manchester in 2018. As a band collective, that has taken infuence from great bands and artists that have come before them, raised on old school rock, blues, and everything else in between. Their raw talent and distinguished tone are built from grass roots and the love of eclectic sounds and acoustic skills. Being an established writer and vocalist, to then forming and developing a band with guitarist Joe Worrall, Kira Mac has formed into the driving force of original song writing and unique sounds that they produce today. With Alex, Bret and Cal on rhythm and percussion.