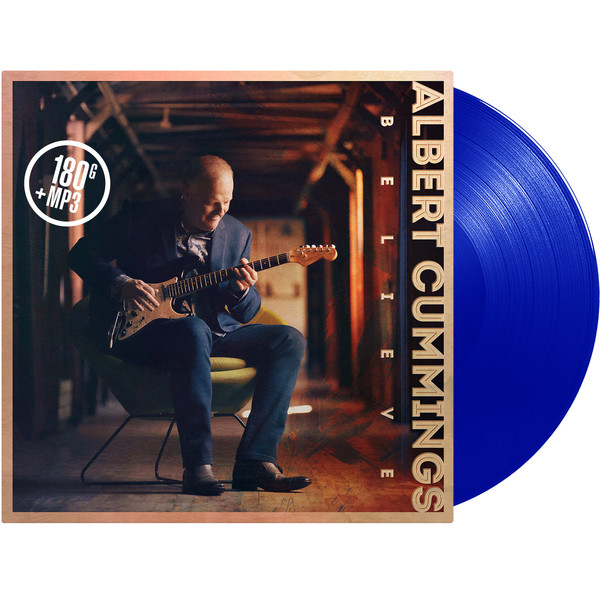 Albert Cummings is an American blues rock musician who has played with B.B. King, Johnny Winter and Buddy Guy. His new album "Believe" is his debut for Mascot/Provogue Records.

The career of Albert Cummings started around the former backing band of Stevie Ray Vaughan. Bassist Tommy Shannon and drummer Chris Layton of Double Trouble, the former backing band of Vaughan, who died in 1990, discovered Cummings in the early nineties, and they took him under their wing for a short time. Shannon and Layton first brought their Double Trouble colleague Reese Wynans(keyboards) on board and then, as producers and studio musicians, brought Cummings' first solo album "From the Heart" (2003) on the road. Since that time Cummings - who also loves Americana, Funk and Soulliebt - is one of the best in his field. His back catalogue to date includes six studio and two live records. His most recent self-released concert recording "Live At The '62 Center"(2017). This record was nominated for a Blues Music Award, and Cummings himself was a contender for a European Blues Award in the category "Best Guitar Player" in 2019. The new album "Believe" was produced under the direction of Grammy-award winning producer Jim Gaines (Stevie Ray Vaughan, Santana) in the FAME studios in Muscle Shoals, Alabama. The eleven tracks on the album include a series of soulfully arranged cover versions such as the soul classic "Hold On" by Sam & Dave, Freddie King's "Do What Mama Says" and Van Morrison's "Crazy Love". The main part of the album, however, is self-written material by Albert Cummings, which stylistically covers a wide range from country storytellers like "It's All Good" or "Get Out Of Here" to the best, sheer blues ("Going My Way") and blues rock ("Red Rooster", "Get Out of Here", Me And My Guitar"). 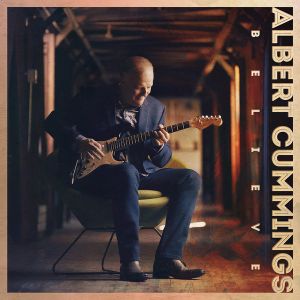