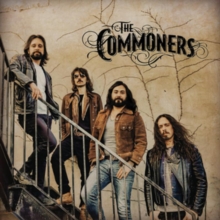 The Commoners Find a Better Way

'Find A Better Way' is the brand-new album by Canadian classic rock roots band, The Commoners. Possessing a sound tapped from the oaken belly of a whiskey barrel, The Commoners are a four-piece Roots/Rock outfit from Toronto, Canada.Described as "a classic rock and roll affair," the nine songs on 'Find A Better Way' take the listener on a sonic voyage through the lives of the band, from the dusty back roads of rural Ontario to the bright lights of the big city. Offering their own blend of rock and roll, southern blues, and roots music, the Toronto- based four- piece band are known for their high-energy riffs, soulful vocals, and rich harmonies. The result is an authentic Southern-style rock experience.

The group was cobbled together over the course of a decade, adapting through numerous obstacles to form the unit as it exists today: Chris Medhurst (vocals/ guitar), Ben Spiller (bass), Ross Hayes Citrullo (lead guitar), and Adam Cannon (drums). Often joined by their friend, organist Miles Evans- Branagh, The Commoners unite under a shared dream: to write, perform, and share music that is an authentic nod to the greats who paved the way before them.

"The new album authentically embodies the rock and roll, soul, and blues rock experience," says the band's lead singer, Chris Medhurst. "That's something we really wanted to bring back. That's the roots. That's what we listen to."