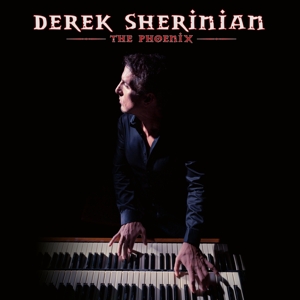 Derek Sherinian is unquestionably one of the most significant keyboard players of the modern era. His far ranging talents have been much in evidence through the music of Alice Cooper, Dream Theater, Black Country Communion and current band Sons Of Apollo. Sherinian has also released a series of acclaimed solo albums over the last two decades. The latest of these is 'The Phoenix', his first since 2011's 'Oceana'. For this album, he once again works alongside collaborator and mentor Simon Phillips, who is a crucial part of the process. Also appearing on the album are Joe Bonamassa, Steve Vai, Zakk Wylde, Kiko Loureiro, Ron 'Bumblefoot' Thal, Billy Sheehan, Tony Franklin, Jimmy Johnson. Sherinian is very proud of what 'The Phoenix' represents, especially in its joyous sense of diversity. "'The Phoenix' once again represents my ability to not only be a musical chameleon, but my ability to blend my signature style with the top guitarists in the world, of many genres." 'The Phoenix' is available as a Limited Edition Digipak CD and LP + CD.