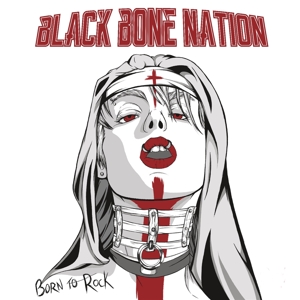 A classic hard rock band based in Johannesburg - South Africa, founded in May 2015 by founding member and frontman Zakk Styles (lead guitars/vocals). The vision and image of the bands took shape in the form of a one-piece "white shade band" (Blues Rock) and a "black shade band" (Classic Hard Rock), allowing them to create their versatile and unique nonsensical music brand that appeals to a wide audience.

Black Bone Nation has quickly pioneered in the last two years with their old school no-nonsense rock-roll music and their attitude in the South African hard rock music scene. Recently the band expanded into global territories, winning numerous awards including Best EP of the Year (Banks Radio Australia) and Best Single of the Year twice in a row (Banks Radio Australia) for their hit "Backseat Lover".

The band continues to push their music on a global level as a European tour and a US tour is in preparation.

The band's influences and musical sound ideas include legendary artists such as Led Zeppelin, AC/DC, Richie Kotzen, Guns 'n Roses and many others who have helped shape their rock 'n roll sound.