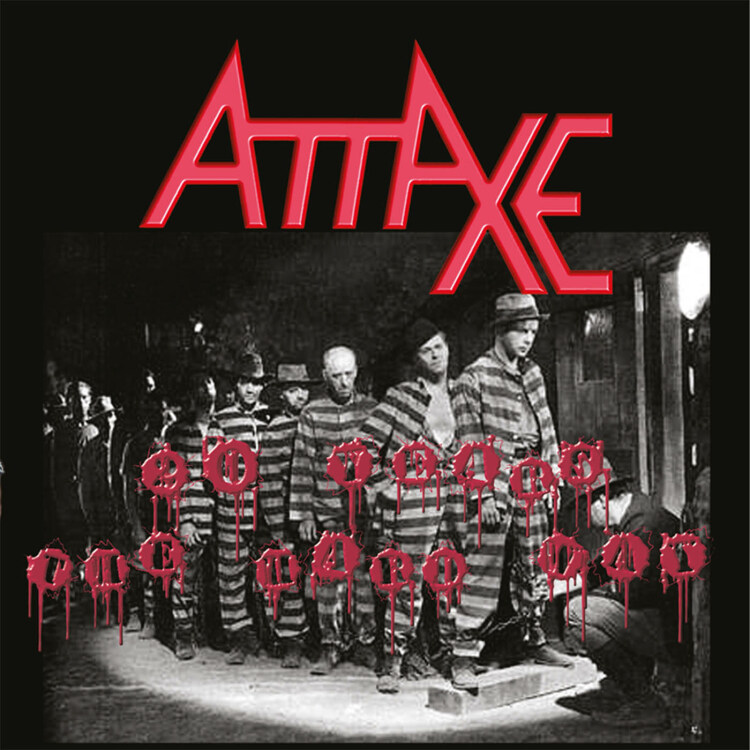 ATTAXE were one of those countless newcomers of the eighties who released one demo tape after the other. Their legacy should be this compilation called "20 Years the Hard Way", which is currently being re-released by PURE STEEL RECORDS. Fifteen fantastic songs of US Metal, which no less a person than Juan Ricardo (RITUAL, SUNLESS SKY, WRETCH, DARK ARENA) refined on the microphone. On the guitar you can hear Scott Stage (ex-LIZZY BORDEN), Greg Perry (PURTAGORY) or Steve McDonald (ex-BORN RUDE), once even Paul Konjicija (ANTITHESIS, DARK ARENA). Of course, the compilation is fed by the compositions of the individual demos, where different musicians played the strings. But this does not harm the valuable compilation at all, also the difference between the individual productions of the individual demo recordings is very limited.