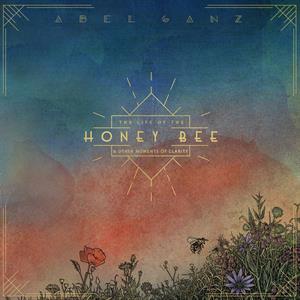 "The Life of The Honey Bee, And Other Moments of Clarity" is the eagerly and long-awaited new album from Scottish prog maestros Abel Ganz. A concept album comprising of six thematically linked pieces exploring our relationship with memory and loss. The liminal space between a fading 'what was' and an anticipated 'what is to come'. Produced by Denis Smith, mixed by the legendary Simon Vinestock [Texas, Blur, Robert Plant, Simple Minds] and mastered By Jacob Holm-Lupo [White Willow / Opium Cartel] the album also includes a beautiful performance from multi-award-winning former 'Scots Singer of the Year' and acclaimed solo artist Emily Smith. Other notable contributions include the dynamic saxophone skills of Snake Davis, string arrangements and performances by Frank Van Essen [Iona], Chromatic Harmonica by Alex Partlin, as well as regular virtuoso contributors Fiona Cuthill and Stephen Lawrence from the Scottish folk-music scene.