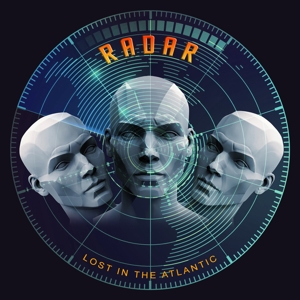 Radar Lost in the Atlantic

Radar was formed in 1981 when David West, Rod Jordan & Gary Stevenson met at the ABC Music Store in Surrey England, where David & Gary were working as guitar & keyboard demonstrators. They set up an 8 track-recording studio 'Secret Studios' in West London where they composed their first recordings. In 1983 Radar was signed to Warner Bros Publishing UK and their journey began. Radar began recording their album at the famous 'Trident Studios' on Wardour Street, London early 1985. In late December 1985 Radar left these shores to reside in the Isle Of Man at 'The Old Schoolhouse' in Port Erin, which they converted into a residential recording studio and continued to finish the album. In fact most of the initial London recordings were scrapped and the album was re-started from scratch. Gary continued producing while using David West as his right hand man while Rod Jordan worked on writing for the album and made a few guest appearances on some of Gary's productions. The band was happy to hold back the release of the Radar album and use the success of Gary's production works with various bands to promote an upcoming release. In retrospect this had a negative effect on Radar, the momentum was lost and the Radar album was never released.