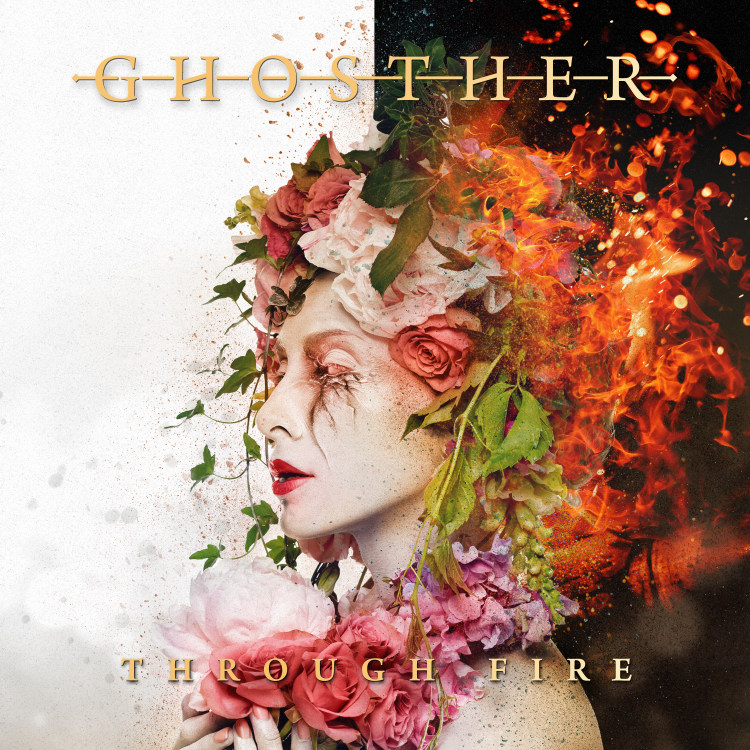 Rock / Pop / Alternative... And a lot of METAL: GHOSTHER conjure up a sound out of all this, which races from the ear directly into the long-term memory, tickles under the skin, drives in legs, buttocks and head and comes out on top again: Because if front woman Jenny takes the microphone in her hand, then you just MUST sing along! In general, the concerts of the four Rhinelanders are above all one thing: legendary parties. And the reason for this is quite clear: the passion and pure joy of music that make the quartet so much fun on stage ignite a spark that quickly turns into a huge fireworks display and sets the audience on fire. You just have to experience it! So it's no wonder that GHOSTHER also present a hot debut album with "THROUGH FIRE"! From the brettering opener "Breathing", the rock anthem earworm "The Bitterend" and the sensitive "Lighthouse" to the Mitmosh number "Hand 2 Heart" and the final title track "Through Fire" the ten songs glow with groove, powerful riffs and energy. Jenny's strong vocals, here and there effectively contrasted by growled accents from guitarist Andy's throat, the explosive mixture of contemporary metal, angular alternative rock and stirring pop elements drift over all this to the boiling point: sometimes emotional, sometimes full on the 12! It shouldn't go unmentioned that no one less than Aljoscha Sieg (Pitchback Studios, among others Eskimo Callboy, Annisokay, We Butter The Bread With Butter, Any Given Day) is responsible for the powerful production of "THROUGH FIRE"! Conclusion: This album is a volcano. And GHOSTHER are going through fire with you!